(1) IV. Executive Council shall be amended to include:

Establishment of the Prime Minister's Cabinet

(7) The Prime Minister may appoint additional Ministers, Deputy Ministers, and officials to Ministries to assist with executive duties, programs and activities, and may provide for their appointment and removal.

Establishment, removal or renaming of Ministries

Composition of the Executive Council

(10) The Delegate and Vice Delegate shall be permanent members and chairs of the Council until they are removed by three-quarters vote or resign from office.

(11) In accordance with the procedural rules of the Council of Lazarene Security, a member from their number shall be designated to serve on the Council as a security advisor.

(12) In accordance with the procedural rules of the Court of Lazarus, a member from their number shall be designated to serve on the Council as a legal advisor.

(13) Membership on the Executive Council will not restrict participation in another office.
Click to expand... 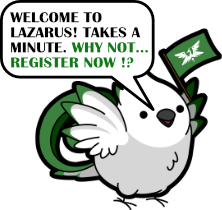