Incorporated Rum Pack​
Whereas the Governments of The North Pacific and Lazarus, hereafter jointly referred to as "the signatories", are cognizant of their shared status as governments of the game-created regions; and

Whereas the signatories wish to develop closer ties with one another through continued discussions, as well as the undertakings set forth herein;

Therefore, the signatories agree as follows:

1. The signatories acknowledge the constitutional governments acting at the time of ratification of this Pact to be legitimate and sovereign governments of their respective NationStates regions.

1. The signatories will not engage in any military hostilities against one another’s home regions, their event regions, jump points, or any other regions owned by the signatory.
Participation on opposing sides of a military engagement that does not involve an attack on any of the above qualifiers shall be exempt from the above requirement.

2. The signatories will not attempt to subvert or undermine one another's legitimate and sovereign governments in any form.
The signatories will not in any way initiate or participate in espionage, subterfuge, or other clandestine operations against one another. For this purpose, a "clandestine operation" is one or more persons acting under false pretenses in one signatory's home region or regional forum, without that signatory's knowledge, and at the behest of the other signatory.

1. In the event of a security-related contingency or compromise of another feeder, sinker, or mutual ally, the signatories will inform each other of their respective positions and share pertinent information regarding the matter without unduly risking sensitive information or jeopardizing operations.
1.1 All information shared shall be kept confidential for use of the receiving signatory’s government only unless the release of such information is explicitly allowed by the providing signatory

1. This Pact shall come into effect upon its ratification by the duly authorized individuals or bodies of both signatories.

2. The signatories reserve the right to nullify this pact with the approval of their duly authorized individuals or bodies. In the event of such, the nullifying signatory must notify the other as soon as practicable
Last edited by a moderator: Aug 3, 2021 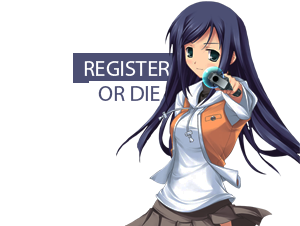