Does a joint Discord Server, region or likewise, run by Lazarus and any region or organization constitute "public infrastructure"?
Thanks,
Domais.

As a note, Domais said this on discord in reply to my request for a clarification on the first part of his request:
I'm asking if a server that is run jointly between LazCorp and other regions counts as infra. of LazCorp.. Say LazCorp enters a treaty with an organization and they shared a military server, would that be LazCorp's infra. as it is being used for the public good of LazCorp and the other region.

The Court has unanimously agreed to the following ruling, written by myself:
The Criminal Code is not entirely clear on this matter, with grammatical interpretation and teleological interpretation leading to different results. Grammatical interpretation of the definition for public infrastructure contained in Section 13 of the Criminal Code would lead is to define all servers, temporary or not as Public Infrastructure. However, Teleological Interpretation leads us the conclusion that this was not the intent of the author, non-withstanding the fact that extending the laws purview to temporary servers for festivals would lead to the assembly and executive acting ultra vires. The court has reached the conclusion that only servers that reach the standard of being intended to exist for an extended or permanent period and serves a purpose for the region as a whole or its institutions shall be classified as Public Infrastructure. As an example, a festival server would not be classified as Public Infrastructure as it does not meet the permanence test and a server created by a group of Lazarenes to discuss non-Lazarene affairs, but did not have legal recognition or protect would not fall under Public Infrastructure as it did not meet the intent requirement. But, a server for a joint military would meet both the permanence and intent requirements and thus would be considered public infrastructure. This is not to say that a festival server may not be subject to Lazarene moderation, far from it, merely that it shall not be placed on the same legal setting as the regional discord or forums. The Court would further like to note the fact that this is the second legal interpretation case to come out of Section 13 of the Criminal Code, and would like to urge the assembly to seriously examine each definition and expand upon them, with particular attention being required on the definitions of Public Infrastructure, Off-site property administration and Associated Authorities.
You must log in or register to reply here. 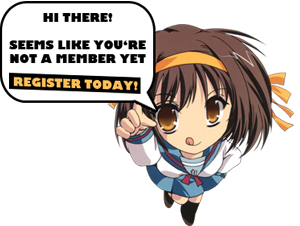