THE OFFICIAL NEWSPAPER OF LAZARUS
Issue 16 • 04/12/2022 • 3 Pages​
EDITORAL: SUMMER IS COMING!
The Lazarene Gazette is expecting warmer weather in some parts of the world, and colder weather in others.
By 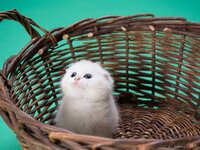 ​
Lazarus is rather sleepy once again, though this issue has found its way off a screen and onto the presses, at last, and just in time for spring, and maybe soon enough the beginnings of summer. Though the other hemisphere will be getting colder weather, so if you are one of those people, prepare to dress up warmly and find a decent book and fire to warm into.

In this issue, we have insight into the global trade fair that recently flooded the region with kittens, a general summary of past elections and goings on, the recent resignation of the last Prime Minister (or Managing Director) Domais, and general discussions on Lazarus in general.

What are you waiting for? Find a comfy chair, grab a cup of your favorite hot chocolate (maybe add marshmallows...mmm, tasty!) Scroll down! Read those special words with your special eyes! I hope you enjoy the rest of the Lazarene Gazette. 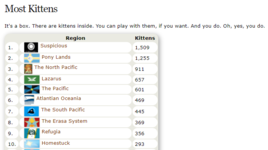 ​
"Kittens in boxes were the prominent trade good of Lazarus, in the Global Trade Fair Event, as the region was flooded with the cute little pets, and by the end of the event there were 657 boxes of them, 4th largest number of them in the world. It was a puzzling event, as nations woke up to discover all kinds of goods, which they had forgotten about in warehouses. In fact, there seems to be a song coming along, where did the background music to "My Favorite Things" come from? Why am I bursting into song? There were...

"Stickiness on labels
And boxes with kittens
Bright copper kettles and warm woolen mittens
Brown paper packages tied up with strings
These are a few of my tradable things..."

Where that came from is beyond me, and back to the news.

The region found delight at all the boxes of kittens, who are no doubt finding happy homes in Lazarus and bringing smiling faces and joy to children across the region, and elsewhere, as some boxes somehow were traded away to other regions, or worse destroyed. This most heinous of crimes, destroying a box that kittens are using. If you know of anyone who did this, make sure to burn them at the stake for heresy in face of cuteness. 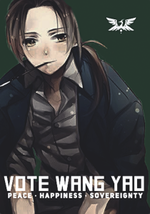 The previously held election in Lazarus​
The Speaker of the Assembly proceeded to open a special election to replace Domais, after they resigned due to a dispute with another member of the region and had a perceived loss of confidence in their role as Prime Minister. Wang Yao and Constie (John Laurens) were the candidates, with Wang Yao putting forward an extensive platform for his candidacy that won praises, and most likely contributed to his victory in the election. Wang Yao won 70% of the vote, 0.05% voted for the other candidate, and the last 23% of voters abstained. This was a major electoral sweep, not seen in some time in Lazarus.

When Prime Minister (or Managing Director) Wang Yao addressed the region after their victory, they described that they were "very humbled with the trust that have been put into me by all the ones who voted in favor of my platform", and appointed McChimp as the Director of Public Relations (or foreign relations), Ellenberg as Director of Internal Management (or internal affairs), and joWhatup to continue as the Director of the Regional Guard. Tinhampton was also appointed as Deputy Minister of Internal Management, in regard to being the Vice-Director of World Assembly affairs.

Managing Director Wang Yao did also attempt to appoint a Director of Shareholders and Recruitment, the former Prime Minister Domais, but this failed when it went to vote, not reaching the required margin of above 50% of the vote. However, in accordance with the mandate and regional law, the Chief Executive Officer (Delegate) is empowered to admit shareholders or citizens for this duration, unless another director is put to vote this term to serve.


© THE LAZARENE GAZETTE 2022 PAGE1​
DISCUSSING GAME MECHANICS:
While not actually discussing it
By 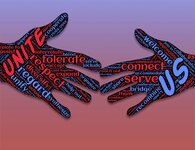 ​
Disclaimer: This no way argues against the efforts of game moderators and administrators to do their best with the situation as is, nor is this against some more developed ideas and approaches to the game.

Given that this article could potentially cross a line, this article is somewhat discussing game mechanics, while not actually. Generally, this covers some ground of how the game is, rather than the specifics of how to do it a particular way, if that is at all possible. This does not refer specifically to raiding or defending, even though it references it briefly in conversation.

Firstly, when I talk about game mechanics, I mean how we as players decide to go about the game, regardless of whether there is some mechanical option or exploit found in the game. This can come in terms of the general concept of raiding and defending. This means do we protect some regions or go after others as they breach a line of gameplay community building, as with "fascist regions"? It can also come into the game in terms of what we accept as far as personality and behavior on a human-to-human basis, as what level of negativity, harassment, or even bullying, we accept, can determine how enjoyable the game is for the minority or the majority. If the gaming community as a whole comes to accept a position on interaction, then the rest can be expected to get into line with that point of view or perspective or be forced into by the reality of enough people accepting it as part of the game.

Secondly, how regions treat each other or how much of opportunity regions give one another can matter as to how inclusive, diverse, and open a game community is. With recruitment unfortunately this is not the case in the current game community, as too much of a recruitment monopoly has been established. Efforts are being made to resolve this on a mechanics level, though even a mechanical change may not be enough. The reason I say this is because you have to go back almost a decade to when I was first starting out in the game to understand how things have changed for the worse, as far as recruitment. I was optimistic that the application of stamps would change the game, as smaller regions and new players would be able to put a little money aside to get a few nations to start out. How wrong I was in that interpretation.

This change can be highlighted in a few changes that differ Nationstates from other gaming communities:
So, the result of the current game is many players either lose interest and leave, or just do the bare minimum of playing the game or participation in their region. This is challenge that cannot really be washed away by a game mechanics fix and requires players and regions agreeing to something together.


SINKER GOVERNMENT IN LAZARUS:
Discussion of Sinker Politics
By 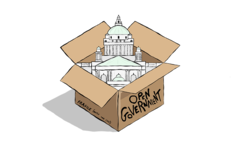 ​
Sinkers are different from many Game-Created Regions (GCRs) and User-Created Regions (UCRs) in that each one has different challenges based on game mechanics, than a region that can rely upon new nations joining the region all the time, as in the case of Feeders, or as a result of recruitment to a like-minded region, as with UCRs. There are viable arguments for and against autocracy or oligarchy, as well as democracy, in such a situation.

What I would consider the positives of a democratic framework would be:
While these are great in principle, in practice there are complications, which lend to an argument against or towards modifying the democratic framework, for the right or wrong reasons. I could see an argument for a more authoritarian position in some scenarios, as with the following:
This is not to suggest that a sinker should be dissuaded from democracy, though Sinker authoritarianism is not inherently evil, as there is a basis of risk in any system of government, either through abuse of power or by political manipulation of the masses to a negative end. For every elected Delegate, there is a risk of a coup d'état right behind them, as the running risk of democracy. While with authoritarianism, a firm hand can easily become a noose on the future of a region. Both arguments can be valid in a sinker, whether Lazarus, or one of the other sinkers people may be familiar with.

What a lot of spam we had
By

New Rogernomics ​
In the Merriam-Webster dictionary, spam is defined as "unsolicited usually commercial messages (such as emails, text messages, or Internet postings) sent to a large number of recipients or posted in a large number of places", and implied to refer to sending or posting spam, including to a message board, and this is what Lazarus has seen for a few months.

There have been some efforts to spam in the past that were not that terrible, and just mildly annoying, though usually not to the levels we got in the last few months, where we had the following:
So overall, there has been some decline in the quality of posts on the Regional Message Board, as I do not seem to remember Lazarus having to remove or suppress this much spam in quite some time. Now for the comics and more. 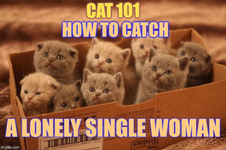 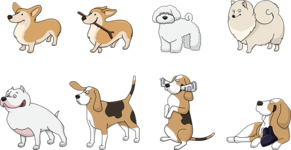 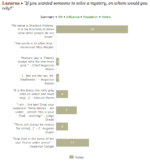 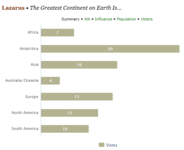 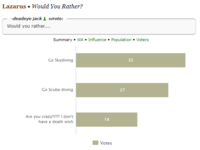 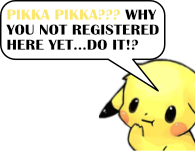