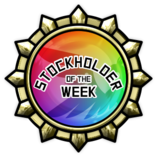 Spyfall​
The game is called Spyfall and how it works is all the players except one are told the secret location out of 20 listed locations. That one person is the spy. Players take turns asking questions to other players that help them to figure out who knows the secret location and who doesn’t. However they must be careful not to be too obvious, because at any time the spy can declare themselves and guess what the secret location is. If they are right, the spy wins! The rest of the players win if the spy guesses wrong or if they open a vote and unanimously determine who the spy is.

The official game rules can be found here, but there will be some tweaks to adapt to the forum.

Sign ups will be open for a week, so until January 19th 2022. I would like to get at least 6-8 players. If we have enough people sign up we might do 2 games because I think there is a maximum on how many can play.

Extending sign up until Monday January 24th. Can't play with just two people. Probably need at least 4 or 5 for a decent game.
You must log in or register to reply here.